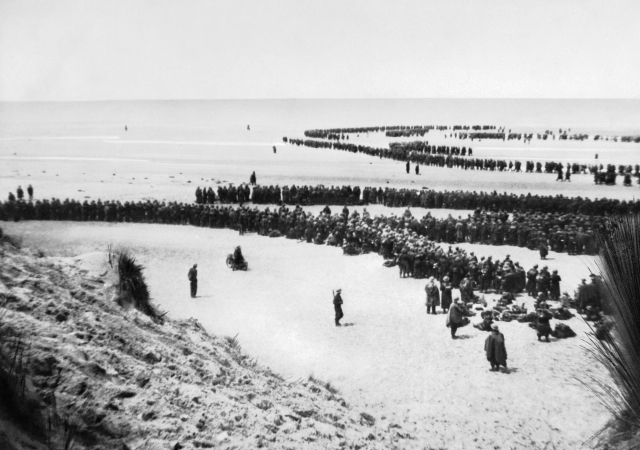 I wanted to commemorate the 80th anniversary of the evacuation at Dunkirk, so I thought I would share this short excerpt from my book, Fred & Leah, which is a fictionalised account of my grandfather’s experience in France – he was one of those tens of thousands left behind after the evacuation.

“I won’t lie to you, Wooll,” Major Potts told Fred when he had managed to reunite his platoon with the battalion and the rest of the 51st Highland Division at Lanheres near Etain. “The general situation is very serious.”

The major looked around to check there was no one to overhear.

“You’re a career military man, like me. You’ve been around a bit, you know what it’s like. Between you and me, it’s now not so much a question of the division re-joining the BEF, as avoiding destruction or surrender.”

Fred had imagined the situation was bad, but this had exceeded his worst expectations.

Major Potts checked once more that the coast was clear before lowering his voice to a virtual whisper.

“It’s becoming apparent that the French are collapsing.  It sounds like they’ll try to evacuate the BEF from the coast, so we’re going to move somewhere north of Paris, and from there we should be able to make it to Le Havre.”

Fred didn’t want to show it, but inside he was relieved. News of a boat from Le Havre to England, where Leah and the rest of his family were, was the best news he had received in months.

“I heard the French have been giving up by the thousands, sir. They think they’ll be taken prisoner and then sent to their homes.”

“Of course, none of this is definite, you understand,” warned the Major. “I’m telling you because I know you’ll be able to maintain the spirits of the men without going into detail.”

“Get your men ready to leave tonight. Keep this under your hat, but we’re heading to Cornay, near Varennes. It’s about fifty miles, but it’ll take a couple of nights to get there. The roads are congested with French transport and refugees, and the route may be difficult to find.”

If you would like to read more, you can download a free sample of the book here.

M J Dees lives and works in Sao Paulo, Brazil with his wife, daughter and two cats. He has written three novels, Living with Saci, The Astonishing Anniversaries of James and David, Part One, and When The Well Runs Dry. He is currently editing the fourth and writing the fifth. You can sign up for more information on his book launches at http://eepurl.com/cTnAD5 and receive a free copy of Living With Saci.
View all posts by M J Dees →
This entry was posted in Uncategorized and tagged bef, Dunkirk, dunkirk1940, dunkirk80, ww2. Bookmark the permalink.