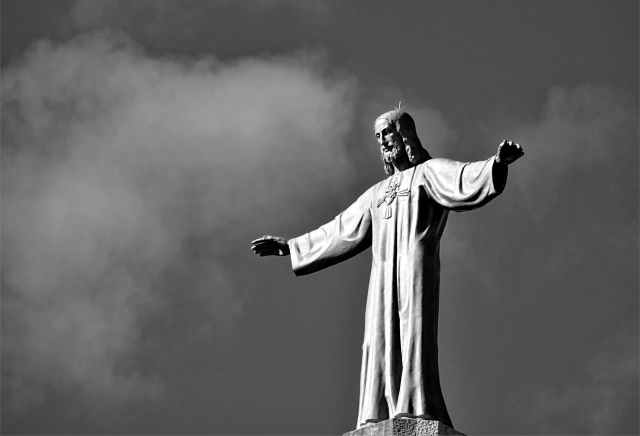 Photo by Juhasz Imre on Pexels.com

The HuffPost thinks so. They say Jesus’ ideas inspired many prominent socialists and critics of capitalism including Pope Francis who has has consistently criticized the human and spiritual damage caused by global capitalism, widening inequality, and corporate sweatshops.

When the apostle Paul wrote to Timothy advising him regarding his responsibilities his ministry in Ephesus, he wrote that we brought nothing into the world and can carry nothing out but if we have food and clothing we will be content with these. Those who want to be rich, however, fall into temptation and become ensnared by many foolish and harmful desires that plunge them into ruin and destruction. For the love of money is the root of all kinds of evil. By craving it, some have wandered away from the faith.

Earlier in the letter, Paul wrote that if anyone teaches another doctrine and disagrees with the sound words of our Lord Jesus Christ and with godly teaching, he is conceited and understands nothing. Instead, he has an unhealthy interest in controversies and semantics, out of which come envy, strife, abusive talk, evil suspicions, and constant friction between men of depraved mind who are devoid of the truth. These men regard godliness as a means of gain.

This lengthy passage suggests that it is the duty of a christian society to feed the hungry, home the homeless, support the poor, the sick and and those who have committed crimes. It suggests a welfare state, a comprehensive health service, universal and free at the point of delivery—a health service based on clinical need, not ability to pay, and a prison system based on the rehabilitation of criminals.

Earlier in the gospel, during the sermon on the mount, Jesus said: Do not store up for yourselves treasures on earth. So why do the world’s richest 1 percent own twice as much as bottom 90 percent?

In John’s first letter he warns not to love the world or anything in the world and Matthew reports Jesus as telling his disciples it is easier for a camel to pass through the eye of a needle than for a rich man to enter the kingdom of God. Yet so many self-styled ‘Followers’ of Christ have made the accumulation of money the principal business of their lives.

In 2016, Pope Francis blamed the “god of money” for the extremist violence that is taking place around the world. A ruthless global economy, he argued, leads marginalized people to violence. In 2013 he attacked unfettered capitalism as “a new tyranny,” criticized the “idolatry of money,” and urged politicians to guarantee all citizens “dignified work, education and healthcare.

“How can it be that it is not a news item when an elderly homeless person dies of exposure, but it is news when the stock market loses two points?” he wrote.

The HuffPost reports that few Americans call themselves socialists, but many of them share socialists’ critiques of American-style capitalism, including the widening gap between the rich and the rest, the greed of the super-rich, the undue influence of Wall Street and big business in politics, and the persistence of widespread poverty and hunger in our affluent society.

“No one can serve two masters,” Jesus says in Matthew 6:24. “Either he will hate the one and love the other, or he will be devoted to the one and despise the other. You cannot serve both God and Money.”

In Luke 12:15, Jesus says, “Watch out! Be on your guard against all kinds of greed; a man’s life does not consist in the abundance of his possessions.’”

Bertell Ollman argued that socialism is practical Christianity: “Jesus’ life, as well as his teachings, was a model of concern for his fellow human beings. Though poor in material things, he and his disciples shared what they had with all about them. For centuries afterwards, those who called themselves Christians were most noteworthy for the cooperative fellowship that characterized the community in which Jesus lived.”

“Next time someone calls you a socialist for being a progressive,” wrote Ivonne Rovira, a public school teacher, mom and research director for Save Our Schools Kentucky. “Here’s what to do: make your face light up and say, ‘Thank you! I try to be a good Christian!’”

M J Dees lives and works in Sao Paulo, Brazil with his wife, daughter and two cats. He has written three novels, Living with Saci, The Astonishing Anniversaries of James and David, Part One, and When The Well Runs Dry. He is currently editing the fourth and writing the fifth. You can sign up for more information on his book launches at http://eepurl.com/cTnAD5 and receive a free copy of Living With Saci.
View all posts by M J Dees →
This entry was posted in Uncategorized and tagged huffpost, jesus, john, luke, matthew, socialism, socialist. Bookmark the permalink.